Influenced by American and European thrash bands of the mid ’80s, which delivered the whole package — feeling, attitude, technical skills —, 2010-founded REACTORY are among the outstanding representatives of the new wave of Thrash Metal: they reintroduce original rawness and honesty to the Thrash scene of today.

To this day, REACTORY has played more than 200 shows and shared the stage or toured with bands like DRI, Suicidal Tendencies, High on Fire, Municipal Waste, Tankard, Brujeria, Brutal Truth, Toxic Holocaust, Blind Guardian, Paradise Lost, and many, many more.

Bands flare up and sink down, but REACTORY’s fueled by a deeper heat — they are inspired by the flame of the true underground metal scene; they are determined to blast this flame around the globe.

The band has recorded their 3rd Album at Gernhart Studio Troisdorf which will be released in 2020. Watch out! 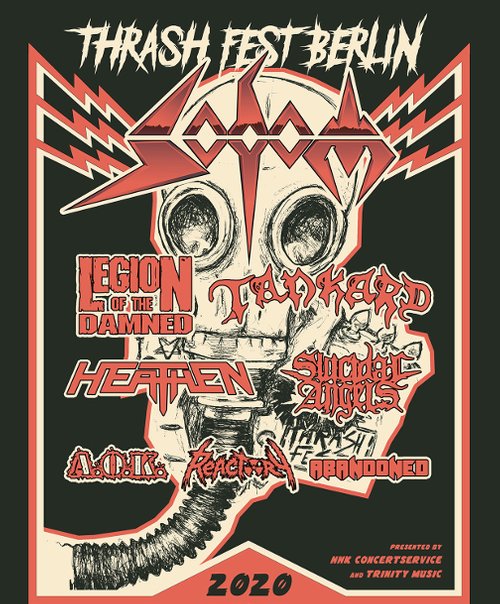